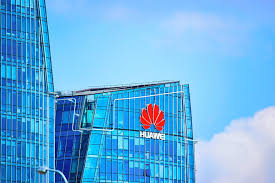 Banning Huawei was always bound to have unintended consequences, but now some of them are starting to come to the surface.

The Trump administration is looking to shut out the Chinese telecom company from selling its technology in the US, as well as banning American firms from selling products to the company. Now Google, which banned Huawei from updates of its ubiquitous Android operating system, is warning that the restriction could become a national security issue. That’s because Huawei, the world’s No. 2 handset maker, will likely move quickly to develop its own parallel version of Android, which could have more software bugs and be more susceptible to hacking.

That’s just one of many potential consequences as the US clampdown ripples through everything from semiconductor supplies to ambitions for self-driving cars. The American government blacklisted Huawei for long-simmering espionage concerns after trade talks between the world’s two largest economies broke down. The Trump administration has since given companies a 90-day window to adjust to the new restrictions.

In the meantime, chipmakers including Qualcomm, Intel, and Xilinx are reportedly halting sales of technology (paywall) to Huawei. The embattled Chinese company has responded by stockpiling chips and components and ramping up its development of alternatives.

Facebook, which has more than 2 billion users around the world, will no longer allow its app to come preinstalled on Huawei phones, according to Reuters. Huawei phone buyers can still download the app from the Google Play store for now, but that option will go away if Google’s relationship with the Chinese company is severed.

These actions add to the potential fallout for American companies to reckon with. US tech enterprises will lose out on sales to Huawei, and the ban could also slow the implementation of new technologies around the world. The rollout of self-driving cars, for instance, may get a boost from 5G gear, and Huawei appears to be the only supplier that can provide reliable 5G kit widely and at low cost. Restrictions could boomerang back on Google and Facebook, which count on their apps being widely installed around the world to collect data and sell advertising against. And then there’s the potential for damaging retaliation by China, which could blacklist important US companies like Apple that do business there.

And if the crackdown lasts (an important if—some expect the Huawei restrictions to be lifted should a trade deal be reached) and the Chinese telecom comes out intact, it could emerge even stronger, having been forced to develop new technology in-house. If the American blacklist fails to strangle Huawei, it could come out stronger and more innovative than it was before.