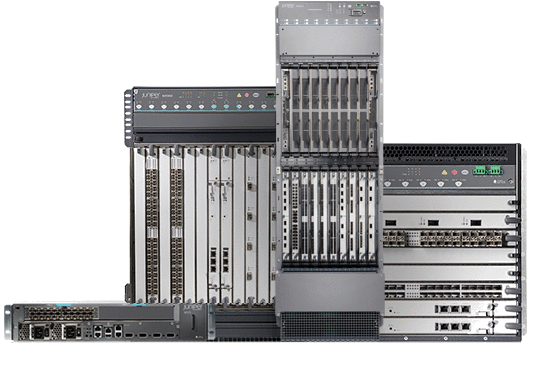 The upgrades mark the fifth generation of the MX platform, which was originally introduced in 2007. Juniper’s Sally Bament, vice president of service provider marketing, said the new MX Series 5G Universal Routing Platform was designed to meet the demands that SD-WAN, IoT, cloud and 5G are putting on service providers’ networks.

With the new silicon, which was developed in-house and is called “Penta,” and open hardware-accelerated 5G Control and User Plane Separation (CUPS), Juniper has added programmability and scalability for service providers’ future needs.

“This is all about the ability for our service provider customers to leverage a platform that’s programmable enough, versatile enough, flexible enough, and secure enough to give them peace of mind and investment protection for today and the next decade of service delivery,” Bament told FierceTelcom.

The new silicon gives Juniper’s MX routers a 50% increase in efficiency, which Bament said translated to a 3x increase in bandwidth per slot on Juniper’s MX 240, 480 and 960 routers. Juniper Penta enables end-to-end secure connectivity at scale with native support of both MACsec and an IPsec crypto engine that can originate and terminate thousands of IPSec sessions without sacrificing performance, according to Juniper.

“This silicon and the cards that support it are both backward and forward compatible with existing MX series,” Bament said. “And that’s obviously where a bit of the investment protection comes in.”

With service providers ramping up their 5G deployments, the 3GPP CUPS standard allows them to separate the evolved packet core (EPC) user plane and control plane with a standardized Sx interface between them to help enable both wireline and wireless services on the same platform. CUPS also allows integration with third-party 5G control planes.

Juniper expects CUPS will lower the total cost of ownership by 3 to 4 times over the software-based user plane implementations for MXs deployed in the field.

“You’re essentially scaling the user plane and the control plane independently,” Bament said. “By doing so it means you can push the user plane much further out in the network, actually closer to subscribers. That’s where some of the benefits of low-latency and high performance come into play for 5G.

“So by putting those user planes closer to subscribers and distributed data centers, you’re actually getting closer to the end point. You’re bringing some benefits in terms of latency and performance. It’s an important piece in this new 5G architecture that a lot of service providers are looking at.”

“So it’s a single, universal chassis that up until now has supported both PTX, which is primarily our core router platform, and QFX line cards,” Bament said. “The QFX is essentially our data center switching product. What we’re now seeing as part of this announcement is also the addition of the MX, which is traditionally our services edge router. A customer can deploy a single chassis and out of that run the data center core and peering routing applications and, additionally, services edge applications all from the same physical chassis.”

Cisco and Juniper recently worked with Verizon on putting Cisco software on a Juniper router and vice versa. Juniper has a virtual white box that also runs on MX, but Bament said that while white boxes supported some use cases, service providers still needed the flagship routers, especially to support the increases in bandwidth  usage and new services.

Speaking at a media Q&A on Monday at Cisco Live, Cisco CEO Chuck Robbins said that while Cisco has white box solutions he didn’t’ see them having a short-term impact.

“While we have examples of customers running their software on our hardware and our software on their hardware, what I would say to you is we haven’t seen massive scale production deployments of that model,” Robbins said. “If you ask us where we draw the line I would say we will continue to look at whatever our customers ask us to do. If it makes sense for them it makes sense for us.”

While white boxes may represent the future for routers, Cisco and Juniper will continue to battle it out with their flagship routers.

Cisco’s Robbins: No, we’re not a subscription software company