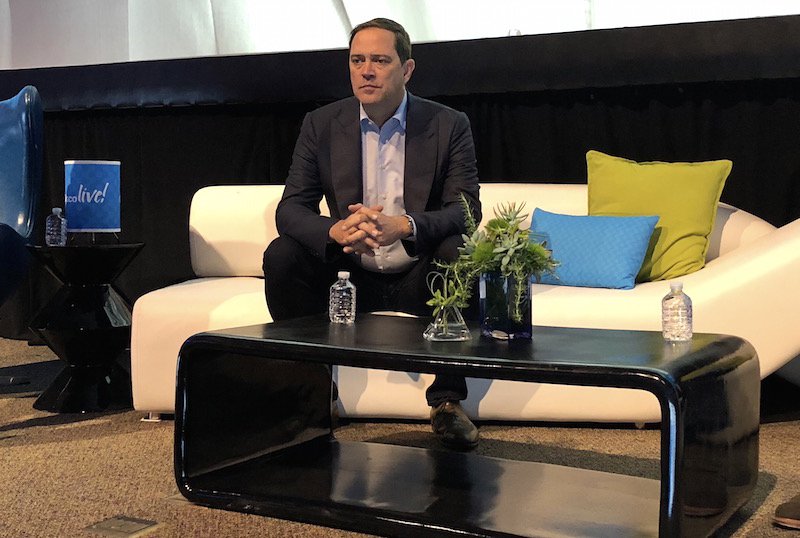 ORLANDO, Fla.—Cisco CEO Chuck Robbins wants everyone to know that while his company is migrating towards more software, hardware is still important.

During yesterday’s media briefing Q&A at Cisco Live, Robbins was asked if Cisco had completely moved to being a software subscription company.

“We’re completely committed and we’re completely not finished,” Robbins responded.  “We have a long way to go, but we’ve made a great deal of progress over the past few years. I think the stories that have been written, and the discussions about us becoming a software company, are not reflective of who we were and where we are and what is going to happen in the future.”

Robbins said Cisco would “continue to add more software content to our portfolio but we will continue to build massive, high-performance hardware.” Robbins cited Cisco’s Catalyst 9000 switching platform, which is the fastest growing product in its portfolio, as an example of blending software and hardware to fulfill customer needs. The custom ASICs in the 9000 switches enables encrypted traffic analytics.

“We will have a combination,” Robbins said of software and hardware. “To the extent that you can use software, it allows you to move faster and so we’re still in the midst of this and I think we will be for quite some time.”

Cisco’s David Goeckeler, senior vice president and general manager of the security business group, said that there was a lot of value being created by moving towards software.

Robbins and Goeckeler were also asked about Cisco’s use of artificial intelligence (AI) and machine learning (ML), which Goeckeler said both already were pervasive across Cisco’s portfolio. By collecting and analyzing data, Cisco’s cybersecurity threat intelligence network blocks 20 billion threats every day.

Goeckeler said Cisco sees large amounts of telemetry from around the world, whether it’s from DNS or endpoints such as email, that is collected to one location.

“Now we have this enormous data set that were applying machine learning and intelligence to find out the bad actors in the world,” he said. “Now we’re streaming real time telemetry to a central point in the network and then applying intelligence. We have recommendation engines and when we see something we recommend what the fix should be. All of that is live across the networking portfolio today as well. Think of security as an at scale intelligence problem.”

“With encrypted traffic analytics, you’re essentially taking networking data plus some security data and your mixing them together to use imprints to figure out what is there,” he said. ” You can’t inspect it because it’s encrypted, but if we collect enough data about that behavior of the traffic we can infer— with very high probability and very low falsie positives— what is malware. That’s a perfect example of where we’re using very advanced learning techniques intersected with the data sets we have, both the network data and security data. “

Robbins also touted the addition of Amy Chang to Cisco’s team. In early May, Cisco announced it was buying privately-held Accompany for $270 million in cash and stock.

Accompany was moved into Cisco’s Collaboration Technology Group, which is now led by former Accompany founder and CEO Chang—whose new title at Cisco is senior vice president of the collaboration group. Chang knows Cisco well after serving as a member of its board of directors since 2016 up until the Accompany deal was announced

“What Amy brings is real deep, analytics, intelligence software expertise,” Robbins said. “How we’re going to work that portfolio in the future is to bring more intelligence in to create more robust experiences for those that are using our platforms.”